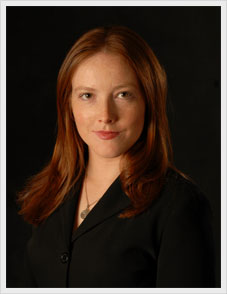 Soprano Róisín O’Grady has performed in recital and oratorio throughout Ireland and specializes in the performance of early music. Róisín studied at University College Cork where she took her B.A. (Hons.) in 2000 and B.Mus. (Hons.) in 2001. In 2004, she completed a Postgraduate Diploma in Concert Singing at the Royal Scottish Academy of Music and Drama, Glasgow. She received a First Class Hons. M.A. in Performance at the Cork School of Music in 2008. She was a member of and a soloist with the National Chamber Choir of Ireland for over two years. She performed with the choir throughout Ireland and toured Holland and The Lebanon. In 2011 they performed for US President Barack Obama in the White House on St. Patrick’s Day.

O'Grady has a beautiful voice, full of emotion... Sweeney was the perfect complement.
Classical Guitar Magazine